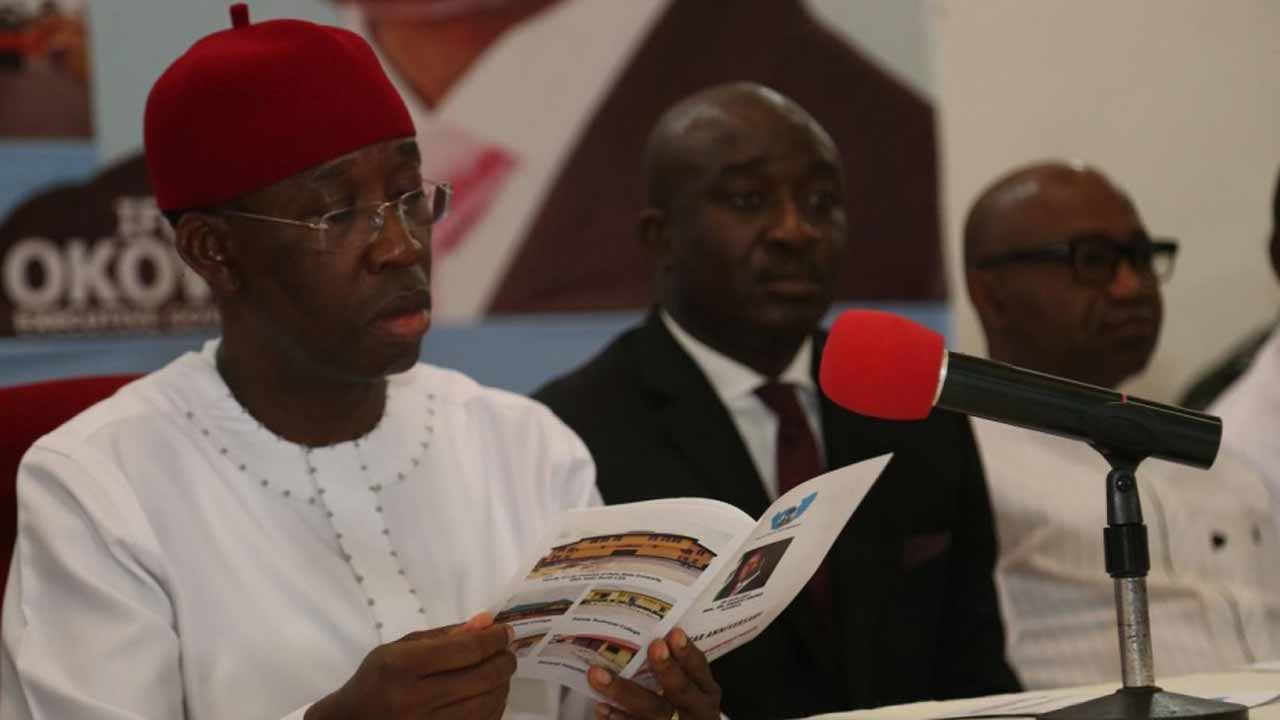 * Okowa gives account of Paris Club refund, creates 6,000 entrepreneurs
The Delta State government has denied allegations of poor performance and diversion of state funds leveled against it by the opposition All Progressives Congress (APC).

It, however, stated that the state’s debt profile now stood at over N500 billion

The opposition party in the state and some group of persons had accused the Okowa administration of poor performance in the last two years and diverted public funds into personal accounts ahead of the 2019 elections.

But Aniagwu described the allegations as laughable and unfounded, saying that Okowa led administration has refused to join issues with any person or group of persons over frivolities and had rather chosen to focus on his prosperity for all Deltans agenda.

Governor Okowa has said N10bn received from the Federal Government as the state’s Paris Club refund was judiciously applied.

The governor, who spoke through Aniagwu, gave a break down of how the funds were disbursed and urged opposition political parties to avoid playing to the gallery.

Details of the spending showed that N2.1bn was allocated to local councils for salary arrears and N7.9bn was due to the state government for which it spent N1.3bn or 7.5 per cent of the money on contributory pensions arrears.

It allocated N1.7bn for deductions to co-operatives societies; N315m for state contributions to pensions for May 2016; N174m for restoration of BVN issues related salaries and N475m for augmentation of July 2017 salary.

Others are: N300m for part payment of outstanding arrears of past services of state Contributory Pension Scheme; N318 million support to councils for June 2017 salaries; N3.5bn for capital and recurrent expenditure approvals.

Okowa, therefore, assured that his administration would remain committed to bringing prosperity to the people of Delta and urged opposition political parties to avoid engaging in acts capable of heating up the polity ahead of the 2019 general elections.

Meanwhile, Aniagwu also disclosed that the state government has created entrepreneurs rather than job seekers as over 6,000 entrepreneurs have been created in the last two years.

“In the last two years, we have created no fewer than 6,000 entrepreneurs through our job creation programmes and allied policies and the consequence of these is that over 30,000 persons now have their stories changed for the better,” he stated.

He added that contrary to claims by the opposition, the government had constructed over 98 roads across the three senatorial districts of the state, stretching to over 612 kilometers and still counting.